FF071 Ambra vs Franco – he is beaten, dominated and turned into Ambra’s foot slut!

Bigmouth Franco tries to intimidate Ambra making fun of her height and going head to head with her. Sure enough little Ambra takes the challenge and the fight begins!
They start to grapple and Franco basically keeps her under control, but after some time Ambra has him in a terrific head-scissor: tap!

Ambra is in control

This is just the beginning, as Franco starts to lose his confidence and Ambra takes the lead, despite his attempts. A rear-naked choke gives Ambra the second point.
They keep fighting, but Franco has lost all his momentum and Ambra has him where she wants, showcasing her BJJ skills and making him tag over and over again.
Franco’s arm is almost injured in an armlock, she forces him to tap out to a terrific choke, humiliates him in a very high schoolgirl pin, almost facesitting him, then more head scissors… a triangle: she is the undisputed winner!

Ambra digs it in with a 5 minutes long final foot domination: she humiliates him posing with her foot on his face, crushing his nose: Franco can’t break free and can only take it without a word.
She continues with a foot-smother armbar and many more creative holds.

Poor Franco is finally forced to repeatedly kiss Ambra’s perfect and dominant feet, toes and soles, and beg before he is released.A must for every foot fan! 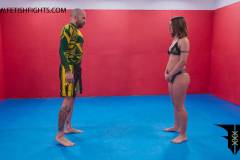 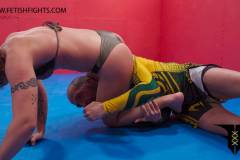 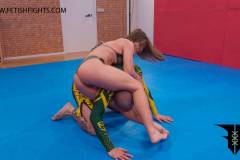 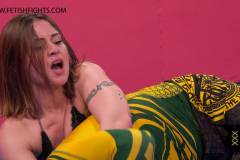 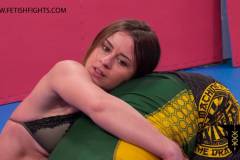 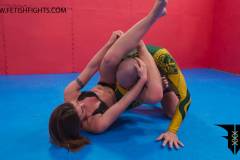 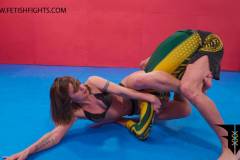 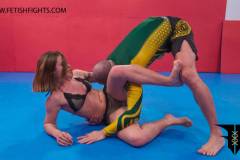 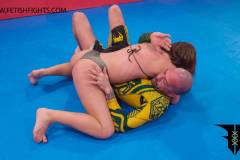 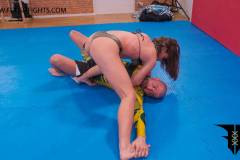 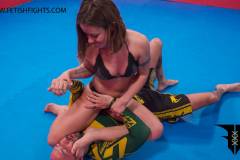 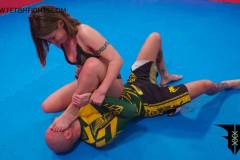 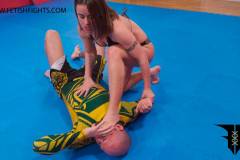 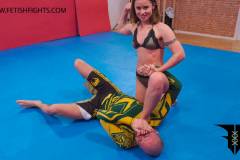 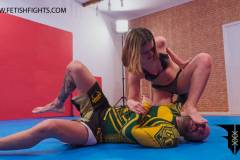 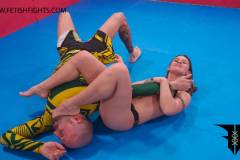 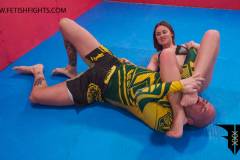 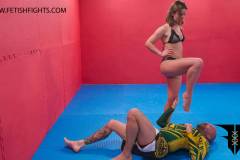 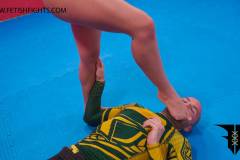 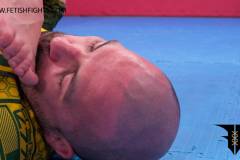