Adele and Pamela, both topless in a leather harness, black gloves, pants, boots and a whip.
If this is not enough to hit the “buy now” button, read on.

From a hard exchange with trash-talking, we learn that Pamela defeated and humiliated Adele in the past, who is now seeking revenge.

A head to head staredown leads to the first one-handed finger lock test of strength. And Adele is on her knees! But she wins the left-handed mercy fight and evens it out.

The match escalates quickly and between insults, grunts and moans they go tits vs tits, but then Pamela plays dirty and repeatedly knees

Finally, someone must give up to a terrific choke and undergoes 7 minutes of nightmare-like humiliation and domination: first comes forced boot licking, and then tits slapping, nipple twisting, plenty of verbal humiliation.
The loser is turned into a pony, walked across the room, whipped, crotch-stomped… you name it! 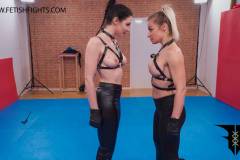 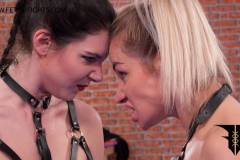 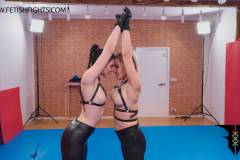 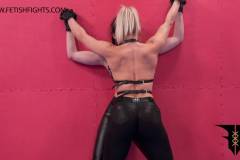 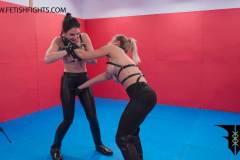 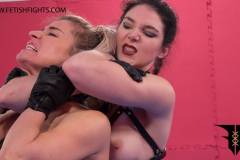 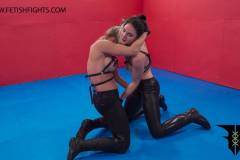 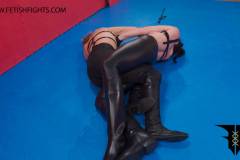 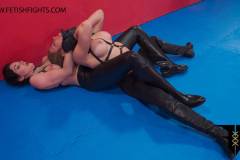 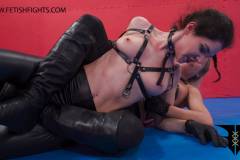 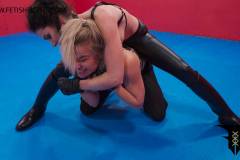 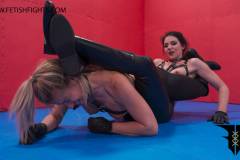 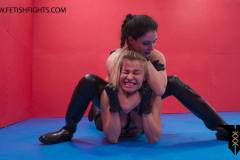 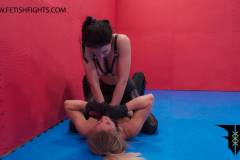 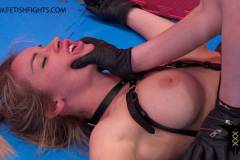 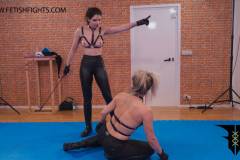 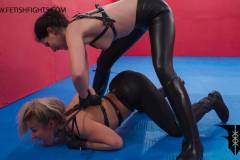 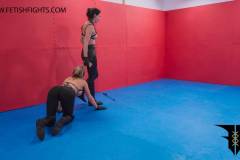 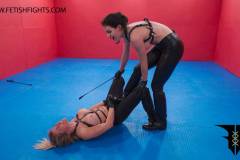