Chiara and Marzia take part in this competitive holds challenge where they fight for real. Both wrestlers are stunning, sexy and determined. Chiara is super confident as usual and Marzia just doesn’t seem to care much.
The two beauties begin with arm wrestling and after a tie break, Chiara is the winner and chooses the first hold: a reverse head scissor.

From the beginning, you will witness a display of sensuality and great effort by these true fighters. Both struggle to free themselves from their rival, withstand the hold or make the opponent give up to win the point.
Chiara is surprisingly strong; her legs are powerful, and she is fully committed to making her rival suffer from her leg holds. But looks are deceiving: Marzia is not a weak and fragile barbie, she also knows how to put Chiara in trouble and cause her pain!

In the figure four

The fight is decided in the end, and despite winning in the last fall, the loser must undergo a humiliating victory pose in which a beautiful and nasty figure four head scissor confirms the winner’s superiority.
Win or lose, both Marzia and Chiara are getting a lot of attention. If you want more of them, go on and order your custom video! 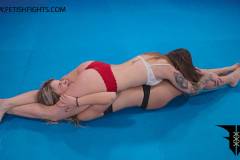 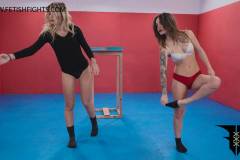 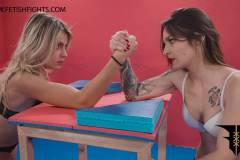 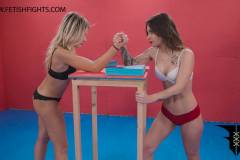 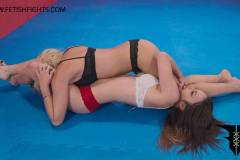 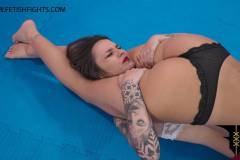 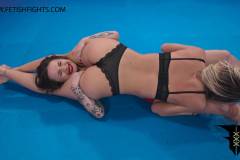 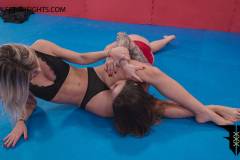 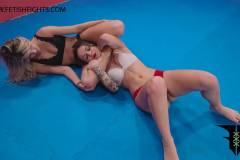 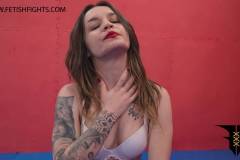 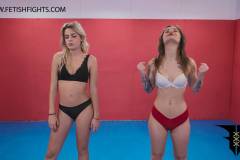 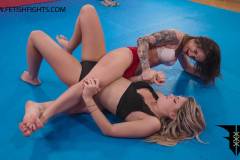 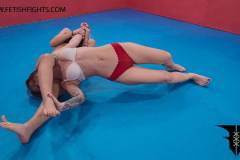 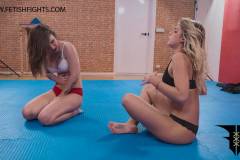 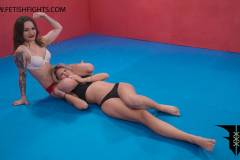