FF103 Robi vs Andrea vs Marzia

With Robi, Andrea and Marzia on the mats, the amount of beauty in this video is beyond imagination. After a quick warming up, the girls are ready for a sequence of tests of strength and each will compete against the others in every contest (best of three rounds).

The mercy-fight comes first: fingers interlocked, they try to bend the opponent’s wrists backwards in order to make a point.
The next test of strength is a sort of push-wrestling where the goal is to force the opponent with her back against the wall and count her to three.

Finally, it’s time for some good old sumo! The girls must push their opponent out of the battlefield to make one point. After the three matches, there’s a final contest, with the three wrestlers all together in the hexagon, in an elimination tournament.
Sure enough, the winner celebrates with a lovely biceps pose for the camera. 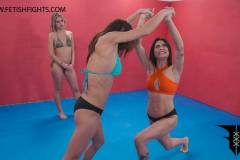 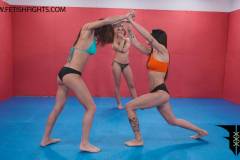 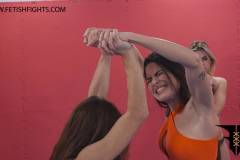 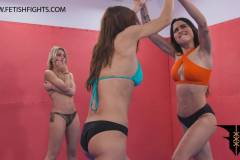 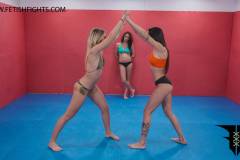 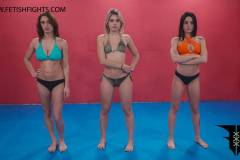 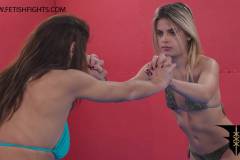 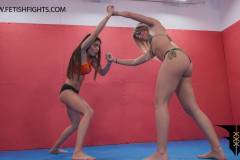 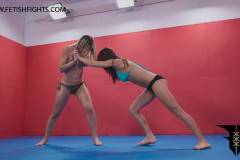 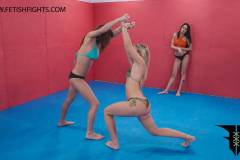 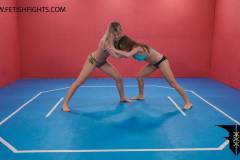 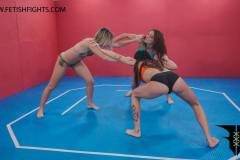 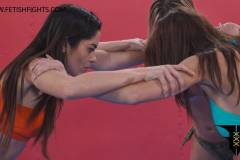 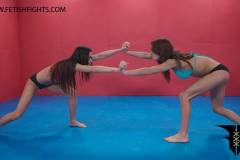 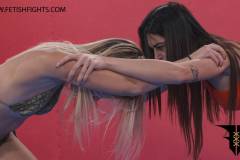 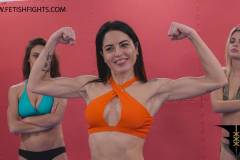