Chiara can’t stand Marzia’s cocky attitude and today she decides to give her a lesson once for all. The moment Marzia says the usual “Hi ugly bitch”, Chiara reacts and hand smothers the pretentious blond against the wall.
The stronger girl is truly angry at her and the evil grin on her face makes things look really bad for the weaker beauty.

Chiara rubs it in: “I love seeing you like that”, meaning that Marzia is at her mercy, smothered and already panicking. The teasing continues, she blocks her against the wall using her knee too… Marzia is so helpless, yet desperately struggling to breathe!
Once done with the smothering, Chiara starts the face squishing routine, pushing Chiara’s nose, lightly slapping her and most of all squishing her cheeks and playing with her whole face. Marzia is so upset that she can do nothing, totally overpowered by the stronger enemy.

A dominant Chiara throws her poor victim to the mats and straddles her, only to start again with hand smothers and face squishing play. She then moves further to a perfect schoolgirl pin and blocks Marzia’s arms under her legs. She now owns the poor girl’s face and has her way with it.
Marzia’s torture made of face squishing and hand over mouth smothers lasts throughout the match, in different positions, with a lot of teasing and plenty of closeups… until the final humiliation. Chiara makes Marzia admit her defeat and removes her own sock to make the blond cutie feel her dominant victory pose, under her bare foot.
Chiara is a super nasty heel, she looks great in a dominant role and obviously enjoyed it a lot. Can we also say that Marzia is the perfect jobber or things will change in the future?
(This video was previously released as SFD551 on www.sexyfightdreams.com) 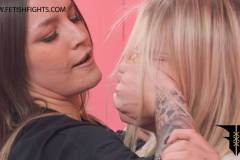 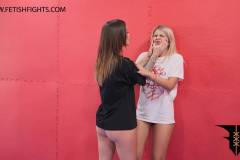 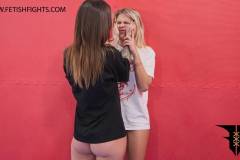 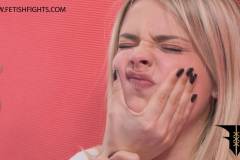 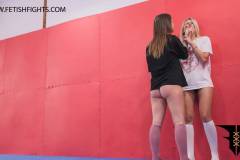 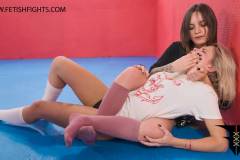 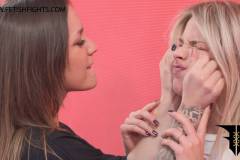 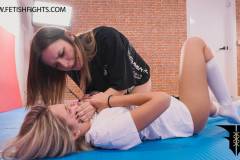 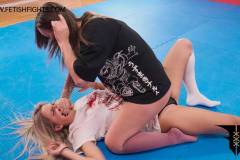 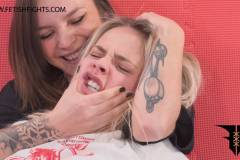 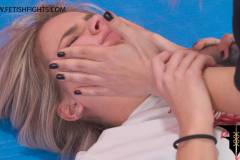 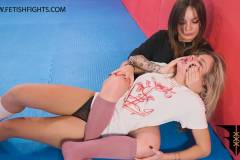 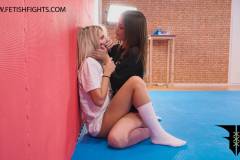 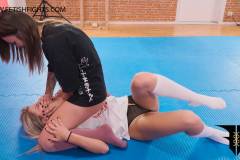 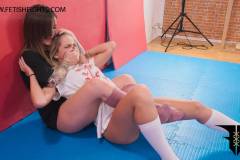 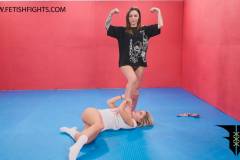