FF120 Marzia vs Adele – Mistresses in catsuits strangle-fight for dominance

This is literally a catfight. Adele and Marzia look explosive, fit, stunning and freaking hot wearing red and black sexy catsuits. This is a fetish fight in the strict sense, you get catsuits, leather boots, straps and gloves, and where strangling the opponent into domination is the fundamental goal.

What better way to prove who is stronger than a mercy fight? Despite the obvious differences in weight and height, Adele and Marzia are on the same level, the match is very close, and they also get very close to each other in a body-to-body fight.
Strangles and hairpulling are a fantastic combination to express hatred and domination and the fight moves to the mats. Neither mistress is willing to give in, none is ready to be humiliated!

“You are stronger, mistress”

After so much strangling and body-to-body wrestling, one of the girls uses her belt as a weapon to decide the match. And sure enough, she manages to subdue and dominate her opponent in an indisputable way, trapping her in a brutal choke and making her surrender.
The ending is super sexy as the loser is subdued, humiliated and turned into her mistress’ bitch.
This is domination. 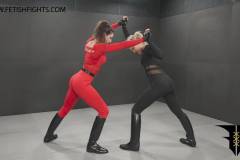 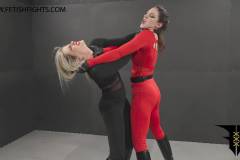 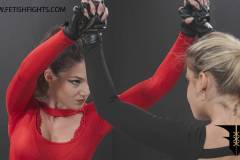 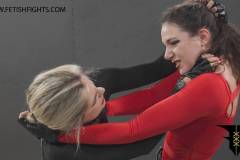 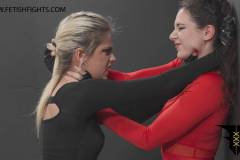 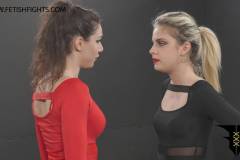 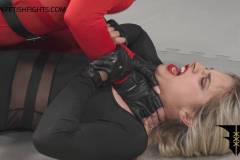 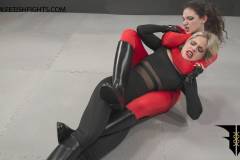 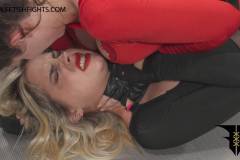 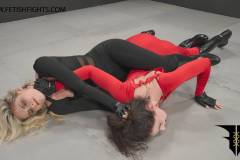 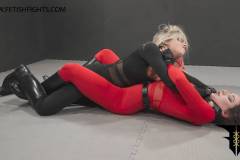 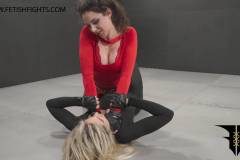 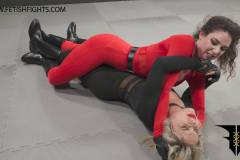 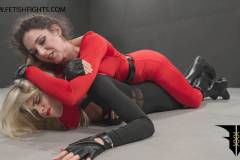 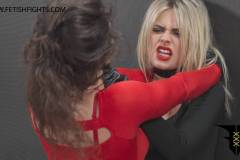 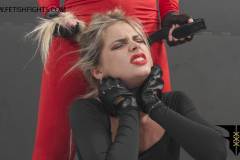 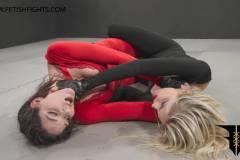 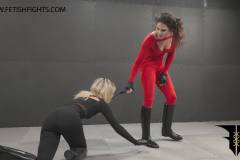 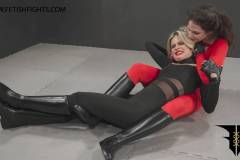 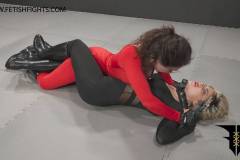